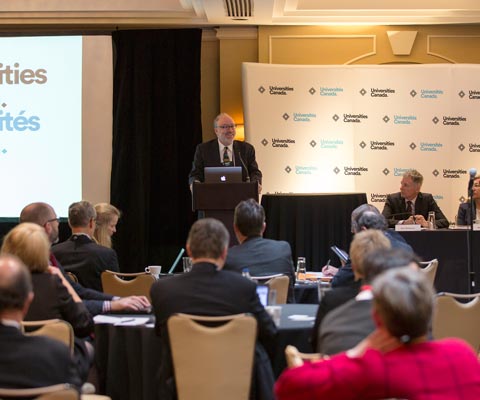 OTTAWA – History majors, take heart. All that talk about liberal arts graduates being destined for a lifetime of reduced earnings and limited job prospects is just that – a lot of talk. New research shows that a liberal arts degree is a great economic investment.

A study by the Education Policy Research Initiative (EPRI) using the tax records of University of Ottawa graduates, found that social sciences and humanities graduates enjoy steady increases in earnings, starting at an average of $40,000 right after graduation and up to $80,000 only 13 years later — similar to the average earnings of math and science grads.

“Some critics would say that a BA isn’t worth the paper it is printed on,” says lead researcher Dr. Ross Finnie. “But if it’s a $70,000 salary while you’re still in your mid-30s, that’s a pretty valuable piece of paper. It is a mistake to judge the value of a degree, a lifetime investment, prematurely right after graduation. The real value of education becomes more apparent in the long run as the evidence suggests here.”

Dr. Finnie is presenting his findings to a national gathering of university leaders in Montreal today, at a Universities Canada workshop called “The future of the liberal arts: a global discussion.” Experts from Canada, the United States and Asia are among presenters discussing the evolution and innovation of today’s liberal arts.

“Canada needs graduates with liberal arts education, and these data reinforce that value,” says Paul Davidson, president of Universities Canada. “A new report out last week from the Business Council of Canada also confirms high demand for the skills and abilities that are core to a liberal arts education. Employers want to hire young people with a strong complement of soft skills, such as adaptability, collaboration, teamwork, communication and critical thinking abilities.”

EPRI recently expanded its research to include seven universities and seven colleges across Canada, with these broader findings to be released this spring.

“Early indications are that the University of Ottawa findings are not an anomaly in terms of strong earnings among social sciences and humanities graduates,” said Dr. Finnie.

See our quick facts about the value of a liberal arts degree.