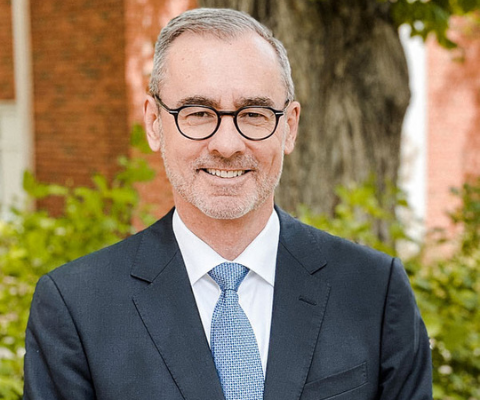 This op-ed was published in the Globe and Mail on December 10th, 2020

By Bill Flanagan, president and vice chancellor, University of Alberta

Amid the challenges of COVID-19, this week’s awarding of the 2020 Nobel Prize in Medicine to University of Alberta virologist Dr. Michael Houghton could not have been better timed. Exactly when we most need it, the world honours an achievement in research that sets the stage for Canada to play an even larger role in vaccine and therapeutic research, development and production.

On Thursday, Dr. Houghton, along with Harvey Alter and Charles Rice, will be conferred the Nobel for their discovery of the hepatitis C virus (HCV) in 1989. HCV once killed millions and damaged the global blood supply system. As early as 1992, new screening tests had eliminated HCV from the blood supply, and by 1996 overall annual transmission rates had dropped by more than 80 per cent globally. Thanks to therapeutics based on the discovery, HCV is the first chronic viral illness in the world that can be treated and cured.

Building on this transformational discovery, the work of Dr. Houghton and his colleagues continues. His team at the Li Ka Shing Applied Virology Institute has developed an HCV vaccine, currently in late preclinical testing, that has the potential to save millions of lives. Together with a group of other researchers at the University of Alberta, his team is also working on vaccines and therapeutics for other diseases, including COVID-19, Alzheimer’s and Group A streptococcus, as well as new anti-cancer drugs.

It is no accident that the University of Alberta is home to world-leading virology and immunology research, along with Dr. Houghton, who is the first Nobel laureate in medicine working at a Canadian university in nearly 100 years. It is the result of decades of strategic government and industry investment and planning, an effort led by Lorne Tyrrell, another renowned University of Alberta virologist, who is responsible for discovering the first antiviral therapy drug to treat hepatitis B. Dr. Houghton came to the university in 2010 as a Canada Excellence Research Chair to be part of the exceptional research cluster that Dr. Tyrrell had created. With an additional gift from the Li Ka Shing Foundation and a major contribution from the Government of Alberta, the University of Alberta established the Li Ka Shing Institute of Virology in 2010 and the Li Ka Shing Applied Virology Institute in 2013 under Dr. Tyrrell and Dr. Houghton’s leadership.

Investment in science is a long game, with research excellence accruing over decades as talent gathers around exceptional people who have the capacity to make discoveries that can change the world. The Nobel not only recognizes that transformational power of discovery – it can also be leveraged to the great advantage of Alberta and Canada. After William Shockley won the 1956 Nobel Prize in Physics for the discovery of the transistor, he moved to Palo Alto, Calif., and with Fred Terman of Stanford University laid the foundations of Silicon Valley. Here in Canada, Michael Smith’s 1993 Nobel Prize in Chemistry, awarded when he was at the University of British Columbia, helped lay the groundwork for a thriving biotechnology and life-sciences cluster in Vancouver.

Commercialization stemming from Dr. Houghton’s 1989 discovery of HCV in California helped to launch a company employing more than 6,500 people worldwide with an annual revenue stream of US$2-billion. Multinational pharmaceutical company Novartis later acquired it for US$11-billion. With Dr. Houghton’s 2020 Nobel win, Canada has an opportunity to leverage his expertise and reputation into broader economic and social gains. If only one of the seven promising vaccines or therapies in development at the institute succeeds in clinical trials, the economic potential will range from $1-billion to $3-billion. Much more important is the benefit to Canadians. As COVID-19 has taught us, we all know how essential and valuable R&D is and the importance of a made-in-Canada solution.

As we celebrate Dr. Houghton’s Nobel, now is the time for Canada to send a clear message to private investors, funding agencies, and major industry and philanthropic partners from across the world. Canada is an international leader in biotechnology R&D. We are open for business in a quickly expanding biotech sector. We can set a bold vision to speed the development of vaccines and therapeutics from discovery to market. The potential benefit? Millions of lives saved, enormous savings to health care systems, enhanced pandemic readiness and a thriving biomedical industry in Alberta and the rest of Canada.