Over the next eight years, the BCDI 2030 program will provide people in 26 developing countries (see map below) with high-quality, inclusive education and training opportunities, with the intention of addressing inequality, bettering their lives and their communities. Most eligible countries are in sub-Saharan Africa, and 75% are francophone.

Colleges and Institutes Canada and Universities Canada are proud to jointly administer this ambitious new scholarship program in partnership with Union économique et monétaire ouestafricaine (UEMOA), the African Institute for Mathematical Sciences (AIMS) and the Association of African Universities (AAU).

BCDI 2030 will directly reach more than 7,000 people — 51% of whom will be women — in eligible francophone countries, Commonwealth countries and Small Island Developing States. Participants will be provided opportunities to learn about entrepreneurship and leadership development, or take part in other tailor-made and thematic training, in their own country/region or in Canada.

“By supporting the development of talent and fostering the next generation of leadership in partner countries, the Canadian International Development Scholarships 2030 program will contribute to a better, more equitable and more sustainable future,” said Paul Davidson, President of Universities Canada. “Canada’s universities are pleased to have the opportunity to work with international partners to achieve this program’s ambitious goals.”

“This new program will empower thousands of people in more than 20 countries through leadership training, mentorship and education,” said Denise Amyot, president of Colleges and Institutes Canada. “Canada’s colleges and institutions look forward to helping connect educational leaders from across Africa and other key countries to develop new tools and resources for the future.”

About Colleges and Institutes Canada: 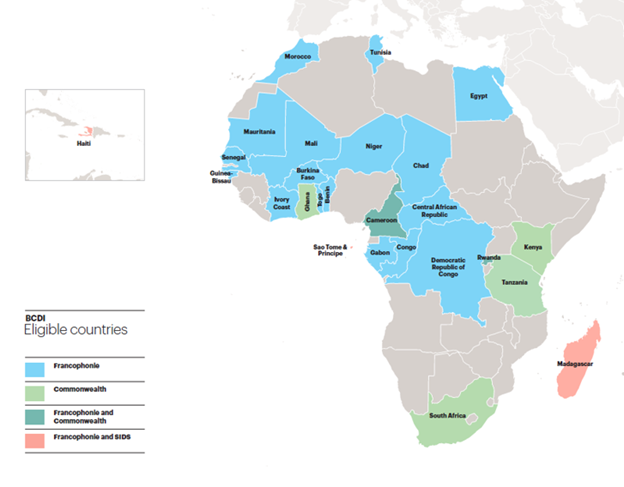