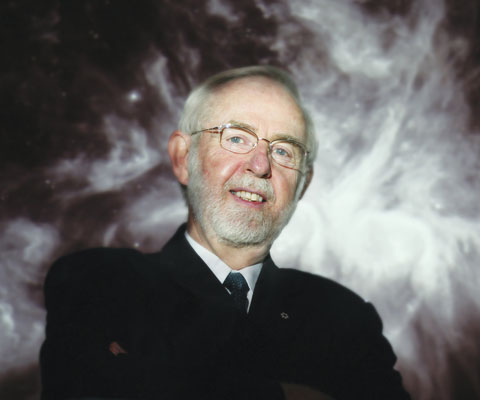 OTTAWA – Canada’s universities are celebrating news of the Nobel Prize in Physics being awarded to Arthur B. McDonald, director of the Sudbury Neutrino Observatory (SNOLAB) and professor emeritus of Queen’s University.

“This is a huge day for Canada’s university research community,” says Paul Davidson, president of Universities Canada. “Dr. McDonald has made the country proud and shown the world that Canada is home to ground-breaking research and discovery.”

Researchers at SNOLAB – an underground science laboratory located two kilometres below the surface in the Vale Creighton Mine located near Sudbury – were looking at neutrinos that come from the sun. Dr. MacDonald, who has been director of the observatory since 1989, discovered in 2001 that those neutrinos changed their identities, meaning they have mass.

SNOLAB is a partnership of five Canadian universities – Carleton University, Laurentian University, Queen’s University, University of Alberta and Université de Montréal. SNOLAB’s funding partners include the Canada Foundation for Innovation, the Natural Sciences and Engineering Research Council of Canada, and the member universities.

Dr. McDonald did his undergraduate and master’s degrees at Dalhousie University before pursuing a PhD at the California Institute of Technology. He will share the prize with Takaaki Kajita of the University of Tokyo.