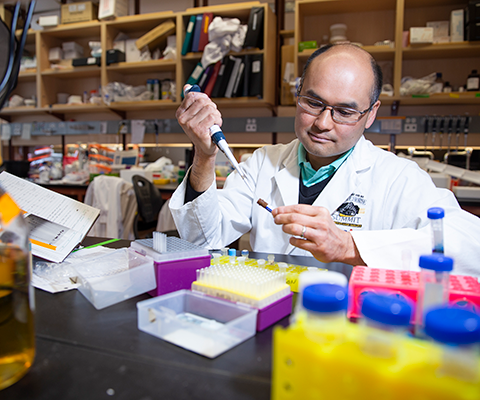 The Nobel prize, named after Swedish inventor, entrepreneur and scientist Alfred Nobel, is one of the most prestigious awards globally. They are awarded in various fields of study to those whose discoveries have greatly benefitted humankind.

In 1993, Dr. Michael Smith, chemist and molecular biologist at The University of British Columbia, became the province’s first Nobel Laureate for discovering how to make a genetic mutation at any spot in a DNA molecule. Known as ‘site-directed mutagenesis,’ Dr. Smith’s method for selectively engineering mutations in genes has become one of the foundations of biotechnology and has given rise to new diagnostic tests and treatments for genetic diseases.

Dubbed the “master of the contemporary short story,” Alice Munro became the first Canadian woman to win the Nobel Prize for Literature in 2013. Ms. Munro studied English and Journalism at Western University (formerly the University of Western Ontario) before publishing 14 story collections in her signature narrative style. The fictional stories are beloved for exposing human nature and exploring the tangled relationships between men and women, small-town existence and the fallibility of memory.

“I would really hope this would make people see the short story as an important art, not just something you played around with until you got a novel.” – Alice Munro

Physics professor at McMaster University, Bertram Brockhouse was awarded the Nobel Prize in Physics in 1994 for the development of ‘neutron spectroscopy’—a method of measuring the motions of atoms. This development allowed scientists to investigate different molecules and materials and better understand their nature. Since its discovery, neutron spectroscopy has also been applied to medicine, for radiation protection and therapy. Mr. Brockhouse held degrees in mathematics and physics from The University of British Columbia and the University of Toronto and was awarded honorary degrees from other Canadian institutions.

Before focusing his efforts on diabetes research, Frederick Banting obtained a medical degree from the University of Toronto, he was a part-time teacher at Western University and briefly worked as a medical practitioner and resident surgeon. In 1923, he and his colleague, Charles Best, were awarded the Nobel Prize in Physiology or Medicine for the discovery of insulin at the University of Toronto. This life-saving therapy is still used by millions around the world today to treat diabetes, which occurs when someone’s body is unable to metabolize sugar correctly. Banting also held an LL.D. degree from Queen’s University.

While many of us take laser technology for granted, it wasn’t always so universal. In 1985, Donna Strickland, professor in the Department of Physics and Astronomy at the University of Waterloo, began studying lasers and ways to improve them. She was awarded the Nobel prize in Physics in 2018 for developing chirped pulse amplification—a technique which allowed for extreme precision with lasers and greatly expanded their uses. Laser tools based on chirped pulse amplification are now used for scientific, industrial, medical, energy, military and security purposes.

René Laprise is a meteorologist and professor at the Department of Earth and Atmospheric Sciences at the Université du Québec à Montréal (UQAM). He won the Nobel Peace Prize jointly with Al Gore in 2007 for his work predicting climate change impacts. He is widely regarded as the father of Regional Climate Modelling and his research has informed climate policy at the highest levels. Before teaching at the UQAM, Laprise obtained his Bachelor’s degree in physics from the Université de Sherbrooke.

← Previous
Caps and gowns: A history of convocation traditions
Next →
National Volunteer Week: Serving our communities