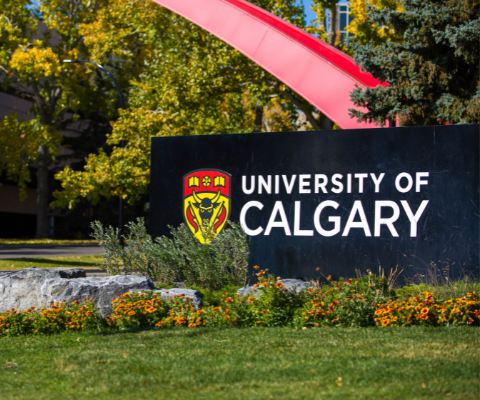 This op-ed was published in the Calgary Herald on June 3rd, 2021
By Ed McCauley, president and vice-chancellor, University of Calgary

Years from now, people will look back on this week as one of Calgary’s best. Because this is the week we learned that our hometown will build on its leadership in quantum technologies — and in the process, create up to 1,000 jobs immediately, with more to come as new companies are created in the space.

The University of Calgary, the government of Alberta and Mphasis, a leading technology company specializing in cloud and cognitive services, have formed a strategic partnership. One that will expand Alberta’s Quantum Computing Ecosystem by creating a technology hub, the Quantum City Centre of Excellence, at UCalgary.

Mphasis chose Calgary, in large part because UCalgary is a long-time leader in the quantum space. For many years, we have had 130 academics across several fields working in a transdisciplinary fashion to help make Calgary, and Alberta, a quantum leader. Our Institute for Quantum Science and Technology is one of Canada’s best in Canada. And Mphasis’s decision is an excellent example of how great research universities improve their communities. By creating new knowledge and solving social or environmental problems, of course, but also by creating new jobs and technologies.

The timing couldn’t be better for Calgary. Good news has been overdue. For an idea of what this could mean, and why I believe this will be a watershed week, let’s look at Pittsburgh.

In the late 1970s, the bedrock of its economy, the steel industry, collapsed due to cheap imports. A city that was once home to more Fortune 500 companies than anywhere except New York and Chicago entered a depression. Unemployment hit 18 per cent. Most people who could leave, did, leaving Pittsburgh with one of the oldest populations in America.

An odd place, perhaps, for a university to start a robotics institute in 1979. But that’s just what Carnegie Mellon University did, and Pittsburgh is now a leading robotics hub that grew around the technology the university invented. Success begat success and Pittsburgh became a leader in other areas of technology as well as medicine. Today, 80,000 people work in its science, technology, engineering and medical fields.

The same can happen here.

UCalgary already has a vibrant innovation ecosystem that spins off start-ups, links existing businesses with the university’s expertise, training and infrastructure. At the University Innovation Quarter, there are 35,000 square feet of lab space alone. UCalgary-related businesses create hundreds of new jobs every year. And as our ecosystem grows and our partnerships with businesses and institutions strengthen, we will create more jobs to diversify Calgary’s economy.

No doubt, some Pittsburghers were surprised to learn their city was into robotics, and you may be wondering what, exactly, quantum technologies are. Simply put, they apply the power of quantum physics to computing, communications and sensors. It’s revolutionary, affecting technology from the very small, nanotechnology, to the very large, the quantum internet.

The quantum internet, which UCalgary is helping create in a consortium that includes NASA, holds enormous promise for communications security and portability. Vast amounts of data can be literally (and this will sound a bit Star Trek) teleported over huge distances. This could allow a roadside paramedic in the most rural areas to access an accident victim’s entire health records, right on his or her own phone.

And it’s all going to be made and invented right here, thanks to the partnership among UCalgary, the province and Mphasis that should make us all excited. It reflects the enterprising nature of our city. One that always sees better days ahead and finds ways to make them happen. I could not be prouder that UCalgary helped make this good week happen. Our entrepreneurial thinking comes from our community, and we will keep working to make it better.