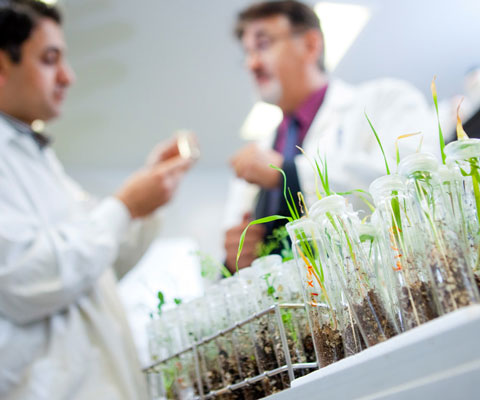 This op-ed was published in The Globe and Mail September 20, 2017

Consider a breakthrough in machine learning that revolutionized voice and image recognition, a drug that turned AIDS from a death sentence into a manageable disease, or a biotechnology sector with revenues in the billions that employs thousands of people.

These three very different achievements share a common origin: They each stem from discovery research conducted in Canadian universities.

Forward-looking investments by the Government of Canada have strengthened industry-university partnerships, rebuilt postsecondary infrastructure and attracted brilliant people from across the globe. But a move away from funding discovery research now threatens to stunt the next generation of world-changing breakthroughs.

Thanks to the report from the Fundamental Science Review panel, commissioned by the government in 2016, we have a roadmap that clearly identifies the path forward to rebalance our research and innovation ecosystem.

The report, written by some of our most respected leaders and thinkers, recommends specific measures to improve the financial support and co-ordination of Canadian research programs. It argues persuasively for the need to reverse the steady and pernicious decline of research funding in Canada, and to rebalance the funding proportions between investigator-led and strategic research.

As the leaders of three of Canada’s major research-intensive universities, we urge our federal government to respond. To do otherwise means falling further behind other countries in the competition for talent and investment, jeopardizing our long-term well-being as a society.

Take the United States as an example. While the anti-science rhetoric emerging from south of the border is unsettling, the reality is that the U.S. Congress approved a $2-billion (U.S.) increase to funding for the National Institutes of Health in 2017, bringing the agency’s budget to $34.1-billion, with another $1.1-billion increase proposed. The total budget represents nearly $110 for every man, woman and child in America, more than three times the equivalent per-capita investment for Canada.

What is at stake? Nothing short of decades of missed opportunities that could constrain innovation and prosperity, diminish health outcomes, limit our understanding of societal challenges, and impair our ability to support the kinds of social programs we value.

If that sounds dramatic, consider the impact of the ground-breaking work of some of our researchers.

At the University of Toronto, Geoffrey Hinton, a pioneer in artificial intelligence, worked for decades to develop his understanding of neural networks and machine learning. This work is now fuelling breakthroughs in a wide array of industries, helping put Canada at the forefront of this emerging field.

The early work of McGill professor Bernard Belleau on sugar derivatives in the 1970s directly led to the creation of the world’s first antiretroviral drug for HIV/AIDS, 3TC. Mr. Belleau, Francesco Bellini and Gervais Dionne founded BioChem Pharma in 1986 to develop the breakthrough treatment, which has saved millions of lives.

At the University of British Columbia, the late Michael Smith tirelessly pursued a method of altering DNA sequences to induce mutations. His first paper on the topic was rejected on the basis that the science was of limited general interest. But his persistence paid off, not only earning him the 1993 Nobel Prize in chemistry, but also allowing the discovery of a technique that would form one of the foundations of the modern biotechnology industry.

Discovery research is an important training ground for young people to become innovators and entrepreneurs. A substantial portion of research operating grants supports graduate students and postdoctoral fellows, who learn by working with their supervisors on cutting-edge projects. Upon graduation, most will find highly paid employment in higher education, private industry and government. In Canada, nearly a quarter of people holding graduate degrees become entrepreneurs.

The core of innovation is investigator-driven research – it is the foundation on which breakthrough discoveries are built and a necessary precursor to the applied research that directly impacts society. We cannot expect industry to fill this gap – only university researchers and their affiliated health institutes conduct this kind of work.

Investing in research is essential for achieving Canada’s goal to build an innovative, thriving society. The country’s Fundamental Science Review gave us a roadmap that will put us on the right track. We have an opportunity, and the moment to act is now.