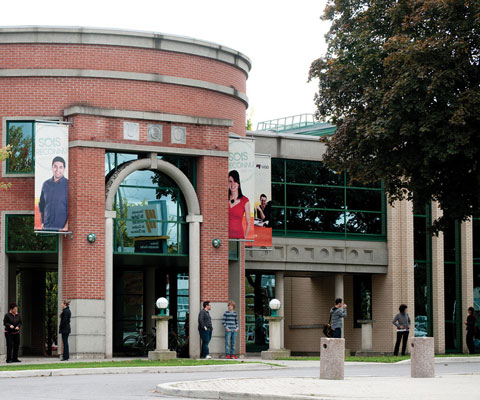 By Denis Harrisson, Universities Canada board member and rector of the UQO, and Maxime Pedneaud-Jobin, mayor of Gatineau

Universities have always benefitted their communities. When university talent, expertise and knowledge are used to tackle the challenges facing cities and stimulate their potential, big things happen, increasing prosperity and improving quality of life. This is why cooperation between the community and the university is invaluable to ensuring a bright future for Gatineau (…)

The sheer presence of students, as well as the availability of undergraduate and graduate studies, university research activities and knowledge transfer, are some of the major economic benefits that institutes of higher learning bring to cities. The impact of a university in a region is traditionally measured in terms of economic spinoffs (…), which are estimated at $304 million for the economy of Quebec and the Gatineau region in 2013-14.

Universities also offer cultural benefits. Since the Galerie UQO opened its doors in September 2015 (…), for example, it has become an important part of Gatineau’s cultural circuit. But we need to keep pushing further (…)

The partnership entered into in December 2015 between the UQO and the Ville de Gatineau paves the way for knowledge sharing with the community and contributes to the region’s development. The first phase of the partnership was signed in May 2016 under which the city of Gatineau will make a financial contribution to the UQO until 2020 to develop new programs in health, science and other fields that promote Gatineau’s economic development.

This agreement addresses some glaring needs in health education.

The UQO will train professionals in targeted disciplines, such as kinesiology, nutrition, physiotherapy and pharmacy, to increase the health services available in the Outaouais and improve the quality of life of residents. The Front régional Outaouais, a coalition of regional partners, identified increasing the number of programs as an absolute priority. When the UQO attracts talent and expertise, the entire population benefits.

The Gatineau-UQO partnership will also create the Observatoire du développement de l’Outaouais, a forum for sharing information, for the pursuit of research and the integration of knowledge, expertise and best practices into the region’s development, and for responding to the information needs of decision makers and citizens, in both urban and rural settings (…).

The UQO and the Ville de Gatineau have everything to gain from a solid, long-term partnership, which will deliver concrete benefits both for the academic world and for citizens. Many more joint projects will be developed over the years, reinforcing the role that the UQO and the greater Gatineau area play in Quebec’s knowledge economy.

The knowledge economy is the way of the future, and, for Gatineau, this means investing in libraries and culture, in addition to a closer partnership with the university (…) Whether for planning the future of Gatineau, solving problems or seizing opportunities, our greatest successes occur when the Ville de Gatineau, the UQO and our community partners work together as a team.

← Previous
Statement in response to U.S. executive order
Next →
Working towards truth and reconciliation