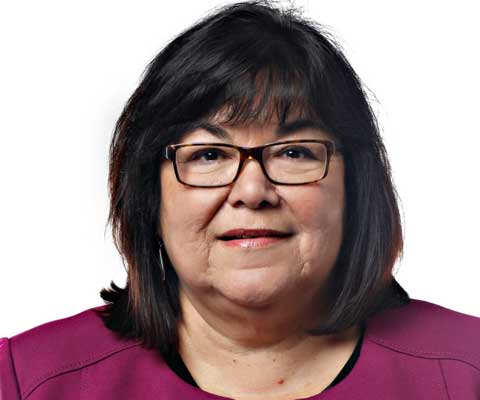 This op-ed appeared in Policy Options magazine on February 16, 2017.

We need to reimagine an education system that better meets Indigenous peoples’ needs.

The release of the Truth and Reconciliation Commission’s (TRC) 94 Calls to Action prompted many Canadian postsecondary institutions to re-examine the ways in which they are providing education to Indigenous students. The TRC specifically calls on post-secondary institutions to engage in the Calls to Action and to take a leadership role in education. To quote the chair of the commission, Senator Murray Sinclair, “Education is what got us into this mess…but education is the key to reconciliation.”

The challenge lies in determining how to undertake this leadership role in a way that ensures educators recognize the long-standing colonial practices that have profoundly affected many Indigenous people. Responding meaningfully to the Calls to Action requires understanding more fully that these practices remain embedded in our educational systems.

The positive responses to the commission’s recommendations that we are currently seeing in postsecondary education do give a sense of hope that deeper and more systemic and transformative change is possible. In my current role at Laurentian University, as well as through the research I have conducted on the experiences of Indigenous students and faculty in postsecondary institutions, I know that there are still many systemic challenges that create barriers to success for Indigenous students in Canadian universities.

Among educators, there is a general lack of understanding of Indigenous peoples, and of their histories, world views and culture. In particular, there are numerous examples of how stereotypes rooted in racist ideology may inform how Indigenous peoples are viewed in society and in the education system. If we want to imagine what reconciliation looks like, we need to start by making a commitment to working together to overcome these long-standing and ongoing challenges that Indigenous peoples face every day.

I hear a desire to bring about change, but often people then get stuck and ask, “What specifically needs to change?” The issue is complex and requires dialogue that is followed up with action. Bringing about deeper systemic, transformative and reconciliatory change demands, at a minimum, that four intersecting aspects be considered: addressing the systemic under-representation of Indigenous peoples in the academy; providing sufficient resources to any program or change that is put in place; changing the structure by way of decision-making; and changing the culture of the institution.

As a result of the TRC’s Calls to Action, we are now witnessing increased attention to curricula at all levels of education. However, increasing Indigenous content and perspectives does not mean simply adding to existing curricula; it requires dialogue and a deep understanding of the history of this country, including the relationship between Indigenous peoples and settler society. I believe that Indigenous faculty must play a critical role in bringing about needed changes to curricula.

Any changes to a system require resources, whether financial or human. Bringing about a sustained change requires both. Many postsecondary institutions have recognized the need for Indigenous support services for Indigenous students, and these services offer critical aid to Indigenous students, as they provide safe spaces. However, student support service personnel cannot be burdened with the responsibility of educating and supporting an entire system. Resources are needed to hire Indigenous curriculum specialists to assist faculties and disciplines with developing pedagogical skills and knowledge that support reconciliation.

Finally, changing the culture of the institution is vital. Sustained reconciliation requires attention to the larger systemic structures of universities and of society as a whole. For these changes to be sustained over the long term, efforts need to be directed at looking below the surface and to reimagining and recreating an educational system that better meets the needs of Indigenous peoples. This process will require open, honest dialogue and a committed effort to change institutional culture. Indigenous peoples must be at the tables where key decisions are made. In other words, to undertake such change requires a vision that is radically different from what exists at present.

Despite the challenges they face, increasing numbers of Indigenous students are entering post-secondary institutions. We are also seeing an increase in the number of Indigenous faculty members in various disciplines and positions, including in senior-level positions. If we look to the future, a university that engages in reconciliation in a meaningful way will see its leaders mobilizing change to ensure that Indigenous peoples are able to participate fully in the post-secondary system.

Sheila Cote-Meek is associate vice-president, academic and Indigenous programs, at Laurentian University. Her role includes leading academic Indigenous initiatives. She is the author of Colonized Classrooms: Racism, Trauma and Resistance in Post-Secondary Education. She spoke at Universities Canada’s Converge 2017.