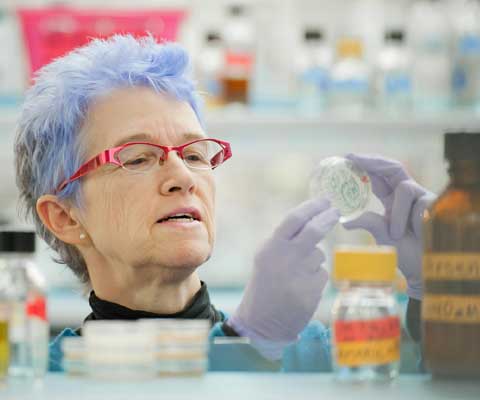 OTTAWA – Canada has the potential to be a world leader in scientific discovery and innovation, and the Advisory Panel on Federal Support for Fundamental Science has launched a bold plan for making that happen. Today’s report, Investing in Canada’s Future: Strengthening the Foundations of Canadian Research, provides government with a thorough and evidence-based framework for long-term, globally competitive re-investment in Canada’s research ecosystem. The panel was commissioned by the Minister of Science, Kirsty Duncan, in June, 2016.

The panel of accomplished Canadians, led by Dr. David Naylor, offers a blueprint for sustained excellence in university-led research across disciplines. Recommendations include enhanced support for early-career researchers, strategic and coordinated attention to international and interdisciplinary research collaboration, improved gender equity in science, and substantially increased funding for discovery research.

“This report signals a once-in-a-generation opportunity to restore Canada’s global position in research and innovation,” said Elizabeth Cannon, president of the University of Calgary and chair of Universities Canada. “The university community is grateful to the nine panel members who gave so much of their time, talent and expertise to produce this groundbreaking report.”

“Canada’s universities welcome this multi-year roadmap for supporting top talent and our next generation of researchers, which comes at a significant global moment for Canada,” said Paul Davidson, president of Universities Canada. “In a global context of closing borders and closing minds, the panel sees an urgent need for Canada to re-invest in discovery research, scale up our ability to attract top minds from around the world, and better support our future research and innovation leaders.”

The panel found that Canada’s global research competitiveness has eroded in recent years. Funding from federal government sources now accounts for less than 25 per cent of total spending on research and development in the higher education sector – an international anomaly.

Other recommendations include a call for greater coordination and collaboration among the four federal research agencies, enhanced support for the institutional costs of research and sustained and predictable funding for research infrastructure.

Universities Canada welcomed the opportunity to provide substantive input into the panel’s deliberations and looks forward to working with the government to advance federal support for Canada’s research ecosystem in light of the findings and recommendations of the Fundamental Science Review panel. Strengthening the foundations of Canadian science will help universities fulfill their mission in higher education, research and innovation.