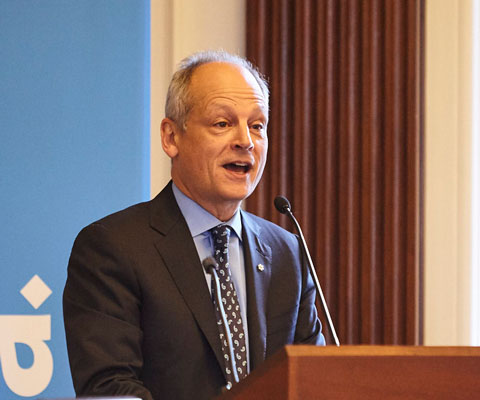 The federal government has earmarked funding for the creation of 25 new Canada 150 Research Chairs, positions specifically targeting top international scholars and researchers. It’s a signal that Canada is serious about recruiting top scholars from all corners of the globe at a time when many nations are turning inwards.

For those who might question the value of spending scarce public funds – $117.6-million over eight years – to recruit foreign scholars, I would counter that the quality of our prosperity-creating research depends crucially on our openness to ideas from around the world.

My colleagues at the University of Toronto are hearing inquiries from around the world from those thinking of making a move to Canada. This is a once-in-a-generation opportunity we have to shape our universities and, indeed, our nation. A growing number of people around the world are looking to us for refuge and safety, as the recent surge of incoming refugees attests. But increasingly our nation is also being recognized by talented folks as a place to seek an education, to build a career, and to make a life for themselves.  They hold the potential to drive future advances in key fields from artificial intelligence and genomics to education and the humanities.

If we make the most of this moment, it will enable Canada to assert its leadership in areas where our scholars are already doing exceptional work. It will lay the groundwork for future generations of students, giving them access to world-renowned scholars in their lecture halls, seminar rooms and labs. This influx of talent will foster a virtuous circle, attracting even more brilliant academics and gifted students from around the world. We as a country will be richer because of this, just as the international migration of academics helped create enduring research powerhouses in places like the San Francisco Bay Area and Boston.

Canadian universities are positioned to make the most of this moment. We already have strong reputations built on the research of our faculty and the achievements of our graduates. New budget announcements such as the $125-million for artificial intelligence research and investments in innovation clusters will help us advance areas of established strength.

The new federal initiative will enhance our efforts, complementing previously announced changes to immigration rules that make it easier for foreign students to remain after graduation and build lives and careers in Canada.

Last year’s new federal money to fund unfettered, curiosity-driven research – the widely proclaimed end to the so-called war on science – and to finance badly needed upgrades to the research infrastructure on our campuses is also paving the way for future breakthroughs. These investments in turn will make our offer to talented newcomers around the world even more compelling.

The forthcoming report of David Naylor’s committee to review federal support for fundamental research sets the stage for the government to build on last year’s vital infusion to research funding. At a time when Canada’s brand is rising globally, this will be crucial in enabling Canadian universities to recruit and retain talent from around the world.

We need all the tools we can muster to recruit the best faculty – locally and globally – and in turn, the best students. The 25 new Canada 150 Research Chairs are an important step. To be successful, our researchers also need access to unfettered research funds and the support to work collaboratively with colleagues around the world. When it comes to world-leading scholarship, the importance of openness cannot be overstated.

Access and openness enhance diversity, which accelerates the generation of new ideas that fuel breakthroughs in research and the kind of public policy innovation we will need to address the pressing social problems of our time.

Those who come after will only benefit if we seize the opportunity.

← Previous
Reading between the lines of the budget
Next →
Queen Elizabeth Scholars: next generation to pursue innovation and community building projects