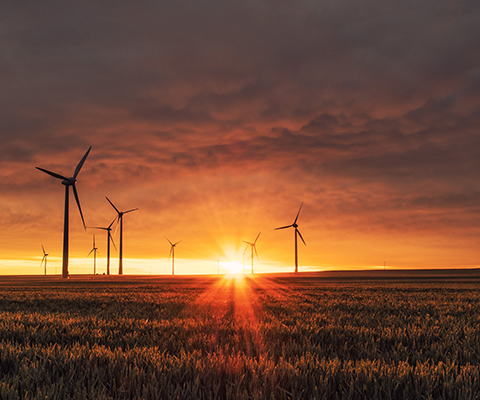 Climate change is one of the greatest challenges of our time. At Accelerate 2022, climate expert Katharine Hayhoe, in conversation with RBC’s John Stackhouse, spoke about how we can effectively communicate the threat facing our planet and do something about it.

In the opening scene of the 2021 film Don’t Look Up, Jennifer Lawrence’s character, Kate, looks up at the sky through a telescope only to discover a comet headed towards earth. Katharine Hayhoe, having an undergraduate degree in astronomy and sharing a name with the character, said the scene sent a chill down her back.

The fictional movie highlights some real challenges facing us today, namely the difficulty of convincing others of the science. The one big difference between the movie and real life, Hayhoe noted, is that:

“It is not too late for us and we can fix this problem.” – Dr. Hayhoe

Communicating and instilling a sense of agency

Hayhoe and Stackhouse discussed the importance of good communication to help the planet.

“At universities, we have to understand that emphasizing the communication aspect of what we do is almost as important as the research.” – Dr. Hayhoe

One communication challenge facing climate scientists and advocates around the world is that many people hearing messages of doom end up feeling helpless. Hayhoe notes it’s important we balance communicating the severity of the problem with ensuring people keep their sense of agency—a feeling that they can do something about it.

“When it comes to climate change, if we truly believe that nothing we can do can make a difference, we are doomed. And that is why instilling that sense of agency is so important.” – Dr. Hayhoe

Universities play a key role in instilling this sense of agency in their students, staff and communities.

Another challenge for climate experts is convincing people to make changes in their personal lives that are often seen as inconveniences. Hayhoe argues that we can overcome this by reframing changes like these as a gain instead of a loss.

What we can do

Hayhoe argues that individual actions, such as eating less meat or using energy-efficient light bulbs, while helpful, are not the most impactful way we can contribute to the fight against climate change. Instead, she argues it’s the way we engage with others that’s most significant.

“The most important things we can do is focus not so much on our personal carbon footprint, as on our climate shadow—the way that we engage in the world around us. So, the number one thing we can do is talk about it. Talk about why it matters and talk about what we can do to fix it.” – Dr. Hayhoe

Other ways to make an impact include engaging with advocacy groups, looking carefully at where you put your money and talking about the personal changes you’re making with others.

← Previous
Universities Canada statement on Ukraine
Next →
The Coalition for a Better Future: The importance of cross-sectoral collaboration