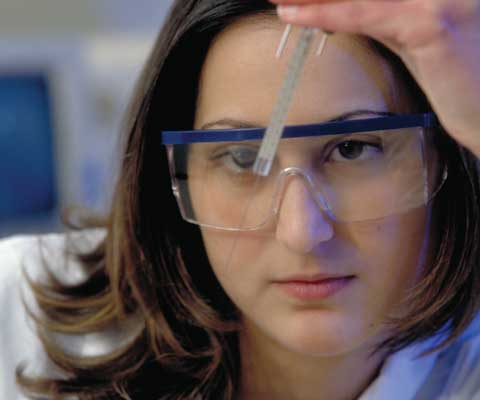 This oped was published in the Montreal Gazette on September 1, 2017

Over the past few days, 310,000 students have arrived on campus at universities across Quebec. The new ones will soon learn what makes university different from anything else they’ve seen in academia: It’s a place where advanced research is done every day, in every field of study. At university, what goes on in class is only part of the picture; a lot also happens in research groups and in the laboratory.

University professors are well-established researchers. A great many students are also active in research. With a mandate to advance the pursuit of knowledge, universities are one of the key engines that power our society.

To move forward in 2017, our country needs to think about the question of identity, here in one of the most open societies in the world. Canada needs knowledge on which to base its social and economic policies — policies that will in turn generate growth for everyone.

The country needs to better understand the effects of climate change on its environment, be able to closely follow the progress of its commercial partners, use automation to increase the productivity of its small- and medium-size businesses, and continue to fight against cancer, obesity and Alzheimer’s disease.

Only through cutting-edge research can we find solutions to the major challenges now affecting people’s lives. And universities, which carry out around one-third of all the R&D in Canada, should be considered allies in this quest for results.

One thing is clear: To thrive in one of the world’s most advanced countries in the world, we need one of the most advanced systems of research in the world. Does Canada have such a system? Not quite. According to the latest report of the expert panel on Canada’s Fundamental Science Review, better known as the Naylor report, we could do so much better.

The report spells out the bad news: Canada no longer ranks among the 30 countries that invest the most in research; federal financing of research has slowly diminished over the last 15 years, in stark contrast to all other G7 countries and the major ones in Asia; Canadian professors and students who are engaged in independent research saw their funding cut by 35 per cent between 2006 and 2014.

Morale is low among the up-and-coming generation of researchers. One of them, just starting out, even told the Naylor panel that he thought there’s as little a chance of having a decent career in research as a young hockey player has of making it to the NHL. We can’t afford to lose this generation of talented researchers because of lack of funding.

In fact, there’s never been a better time than now for Canada to become a world leader in science. The fact that our country has been relatively spared the political upheavals happening in the United States and Europe puts us in an excellent position to attract and retain the best researchers.

Our government has to act now. By increasing its support for researchers, it can give momentum to the entire country, to the lasting benefit all Canadians. We are convinced that with all the talent in our universities, the government’s efforts will soon bear fruit.

And let’s try to avoid the mistake of mainly targeting funding for short-term gain. History has shown that knowledge can only develop when it is truly free. What should motivate us above all is a thirst for knowledge; discoveries and benefits will inevitably follow. Centuries of technological and social progress in Canada have proven that.

← Previous
Reinvest in research, for Canada and Nova Scotia
Next →
New work-integrated learning program will prepare students for career success