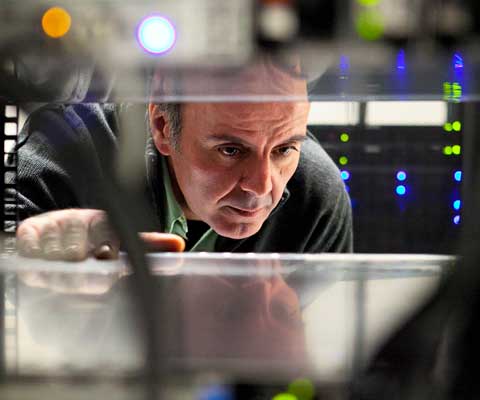 Montreal is celebrating its 375th anniversary. Looking 25 years into the future, we imagine what the city will look like as its 400th anniversary approaches, once the potholes are finally repaired and efficient public transit vehicles and electric cars, many of them driverless, have perhaps become the norm. Clearly, young science and technology graduates will play a key role in the development of Canada’s knowledge economy.

A little-known fact is that Montreal is the third-largest research and training centre in North America, and the city was recently recognized as the best place in the world to study. This is explained by Montreal’s quality of life and its network of world-renowned institutions that attract the elite from all over the world.

Our universities and their 200,000 or so students have a major impact on the local economy. They hire and train skilled employees, support the local economy a great deal, and train the next generation of innovators, vital for the development of our ecosystem of startup businesses. To maintain this momentum, stable funding of basic research is, and will remain, essential.

Innovation and its attendant economic and social benefits rely on discoveries made by basic researchers who are mainly interested in knowledge creation. The work carried out by our computer scientists on what are called neural networks is one of the best examples of this knowledge creation.

This research work, which at one time was neither valued nor considered applicable, is today the basis of what is called artificial intelligence, or deep learning. Indeed, without basic research funded over many years by the Natural Sciences and Engineering Research Council of Canada (NSERC), smart phones would not be capable of voice recognition, and software would not be able to do translation or recognize images. This is a fine example of a Canadian success story, one that continues to create wealth and knowledge.

There are a number of other telling examples. Thanks to basic research on membrane protein biology, funded by the Canadian Institutes of Health Research (CIHR), we have implemented new strategies that have led to treatments for cystic fibrosis, a widespread disease in Canada. At the time this research was being carried out, nobody could predict that it would lead to the discovery of therapeutic molecules and promising therapeutic approaches, and to the creation of local biotechnology enterprises or to collaborations with pharmaceutical companies internationally.

Another family of membrane receptors, known as G protein-coupled receptors, or GPCRs, includes half of known drug targets. Basic research funded by federal councils has increased knowledge, enabling innovation and the creation of local businesses and networks dedicated to research into new treatments for a number of diseases.

A better understanding of these proteins is a prerequisite for resolving the opioid crisis besetting our country which, if we achieve it, will represent another Canadian accomplishment. Assessing the effects of new technologies on our society requires research in both social sciences and human sciences, research that is generally funded by the Social Sciences and Humanities Research Council (SSHRC).

The point that all these examples have in common is that without government funding of basic research motivated by curiosity, there would be no progress, innovation or applications.

How can the current government protect and restore innovation, for the City of Montreal and for Canada, after the substantial decline in funding under the Harper government? The solution to this problem has already been supplied by Canada’s Fundamental Science Review, also known as the Naylor report, which makes entirely feasible recommendations aimed at strengthening our country’s entire research ecosystem.

It is our belief that the recommendations in this report will guide the development of the knowledge economy beyond Canada’s 150th anniversary. Montreal could be in the vanguard of this development, which would attract elite students and generate innovation and wonderful benefits for our country and for the entire world.

← Previous
With NAFTA, we need to advance our thinking about manufacturing
Next →
Universities salute David Johnston, welcome Julie Payette