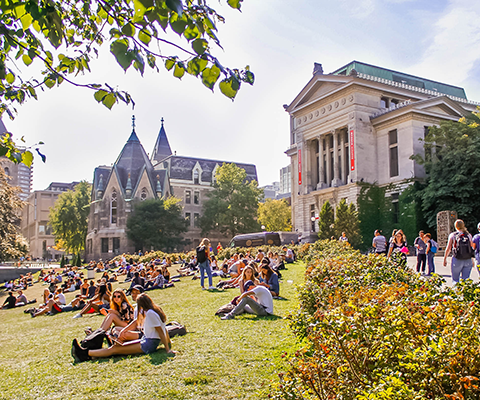 Some of your favourite blockbusters were filmed closer to home than you might think. 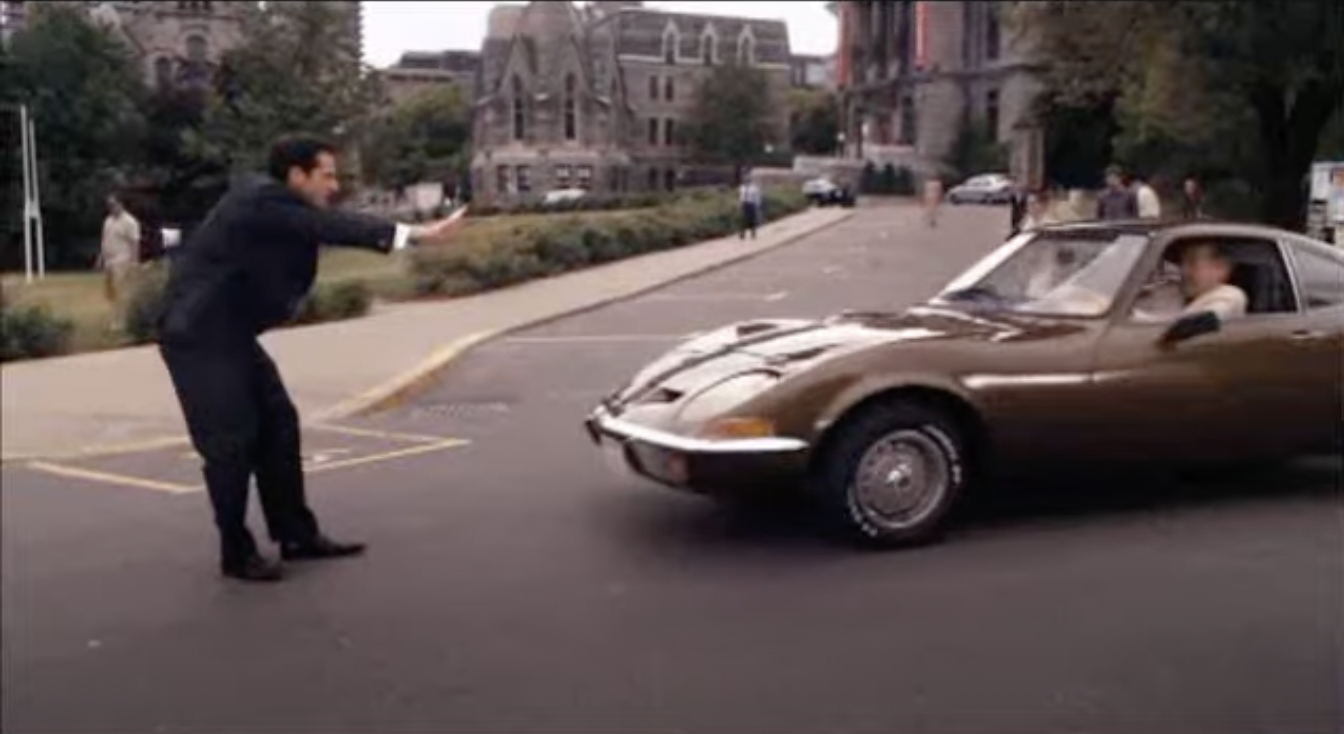 Scene from the movie Get Smart.

Steve Carrell and Anne Hathaway spent some of their time filming Get Smart in the city of Montreal, Quebec. Steve Carrell’s character can be seen driving a car through the main entrance of CONTROL headquarters, played by the McGill Arts Building’s main entrance, then hailing a cab nearby after it inconveniently stalls. 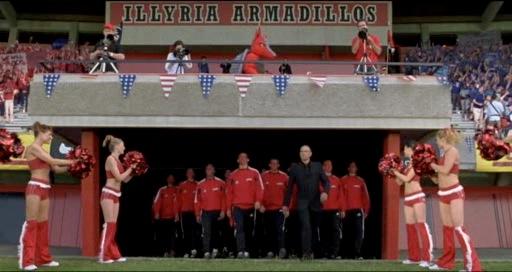 Scene from She’s the Man.

(Photo courtesy of The University of British Columbia)

Athletes from the University of British Columbia may recognize the soccer field from the 2006 comedy film She’s the Man, featuring Amanda Bynes. This memorable scene was filmed at UBC’s Thunderbird Stadium, which was transformed into Illyria Stadium for the movie.

Good Will Hunting (1997) – University of Toronto 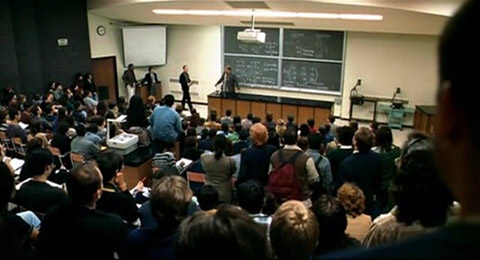 Scene from Good Will Hunting.

In this Oscar-winning drama about a math prodigy, the University of Toronto campus fills in for MIT and Harvard. While scenes were filmed across campus, one of the easiest to spot is the fictional MIT lecture hall, which was filmed at U of T’s McLennan Physical Laboratories.

Scene from The Day the Earth Stood Still. 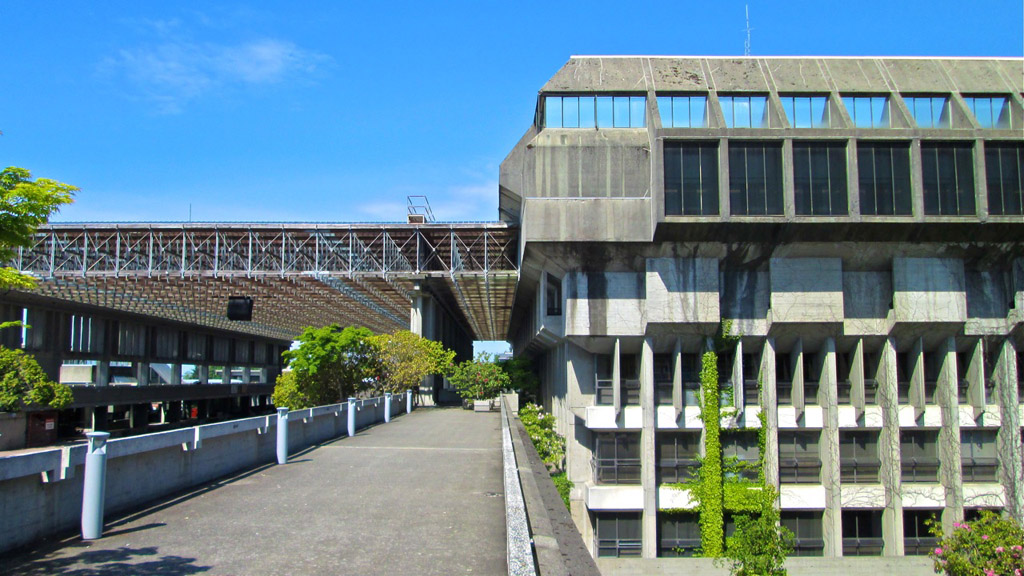 Simon Fraser University’s campus served as one of the main filming locations in the 2008 remake of this classic science fiction film about an alien visitor on earth. The university’s W.A.C. Bennett Library doubled as the outside of Ft. Linwood Military Academy in the film. You can also spot Lorne Davies Complex, Convocation Mall and Terry Fox Field. 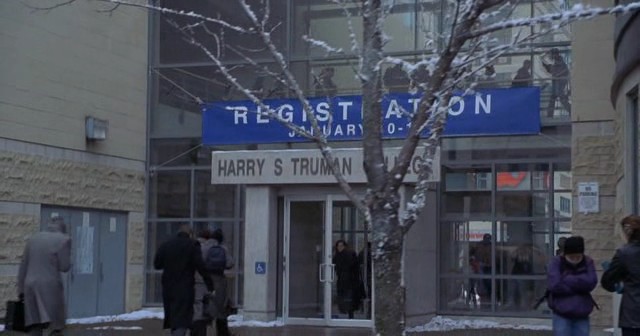 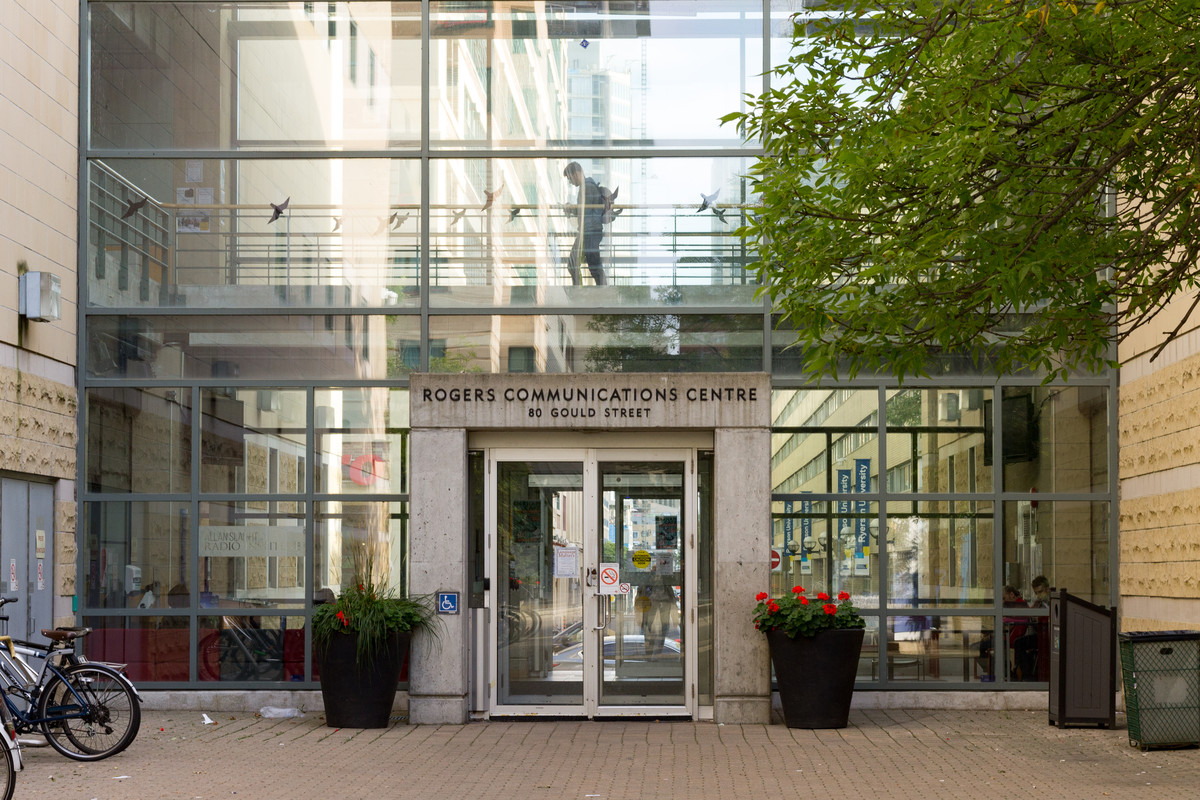 The 2002 romantic comedy shot some scenes at Ryerson University in Toronto, ON. The university’s Rogers Communication Centre was used as the set for Toula’s school, while Kerr Hall was used for the indoor shots of the classroom where Ian teaches. 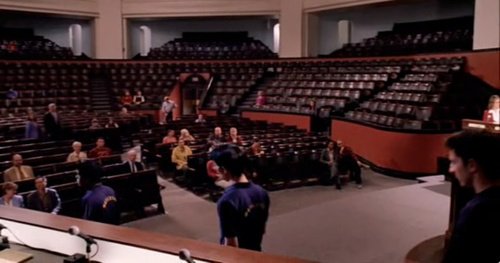 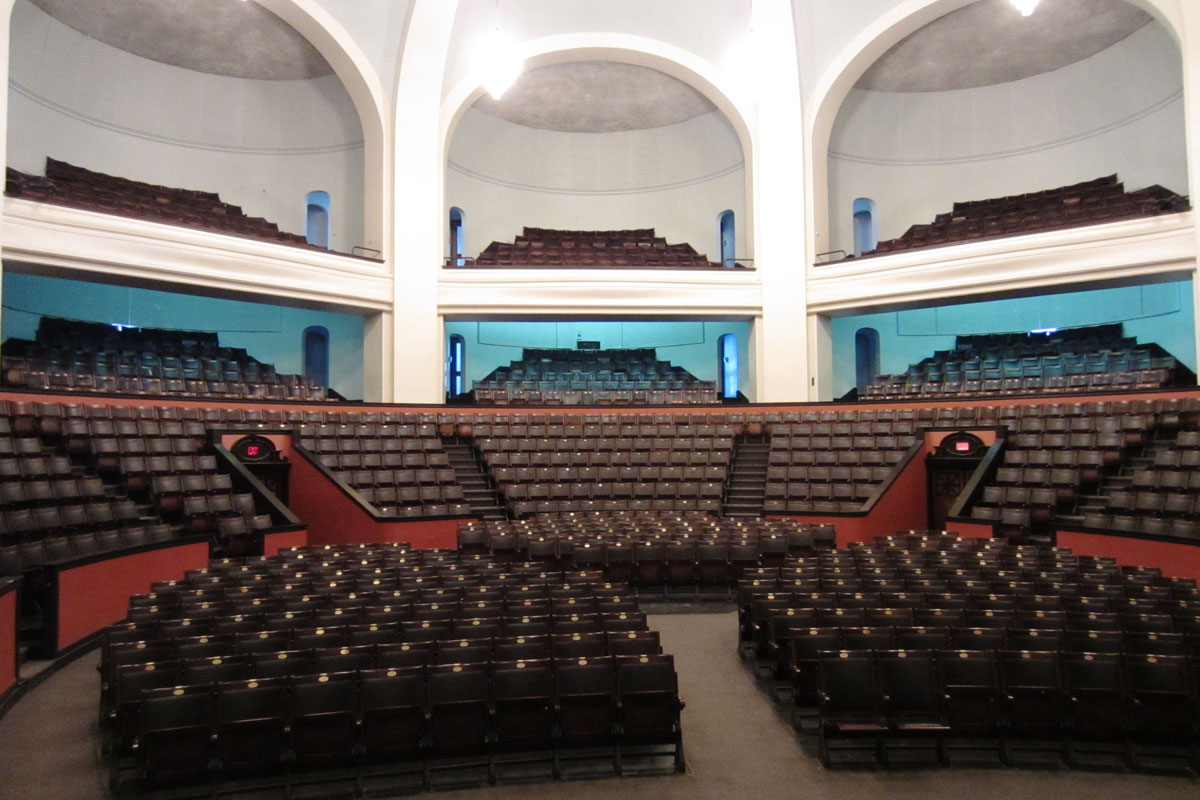 Some of the most iconic scenes from the romantic comedy Mean Girls, starring Lindsay Lohan, were shot at the University of Toronto. Near the end of the film, you’ll spot Convocation Hall where the mathletes competition took place. 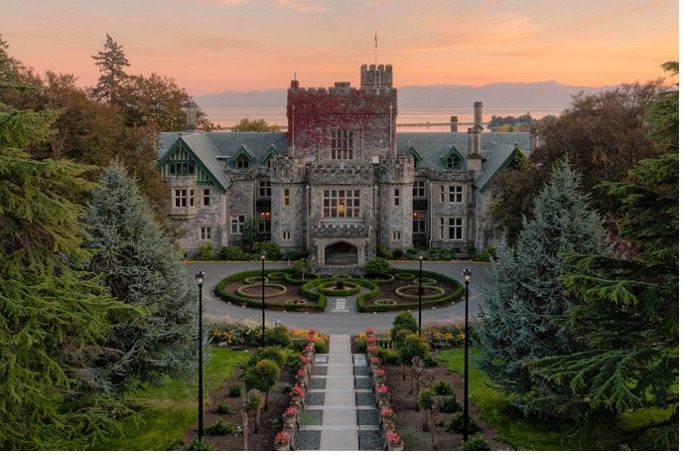 Even if you’ve never been to Royal Roads University, you may recognize this castle on their campus in Victoria, BC. That’s because it’s been featured in major Hollywood films, including being portrayed as the exterior of Xavier’s School for Gifted Youngsters in the X-Men series and, more recently, featured in Deadpool. Scene from Shall We Dance.

This rom com starring Richard Gere and Jennifer Lopez was partly filmed in Winnipeg, Manitoba. You can spot the actors in the former East Gym of the University of Manitoba’s Taché Hall.

Scene from The Boys. 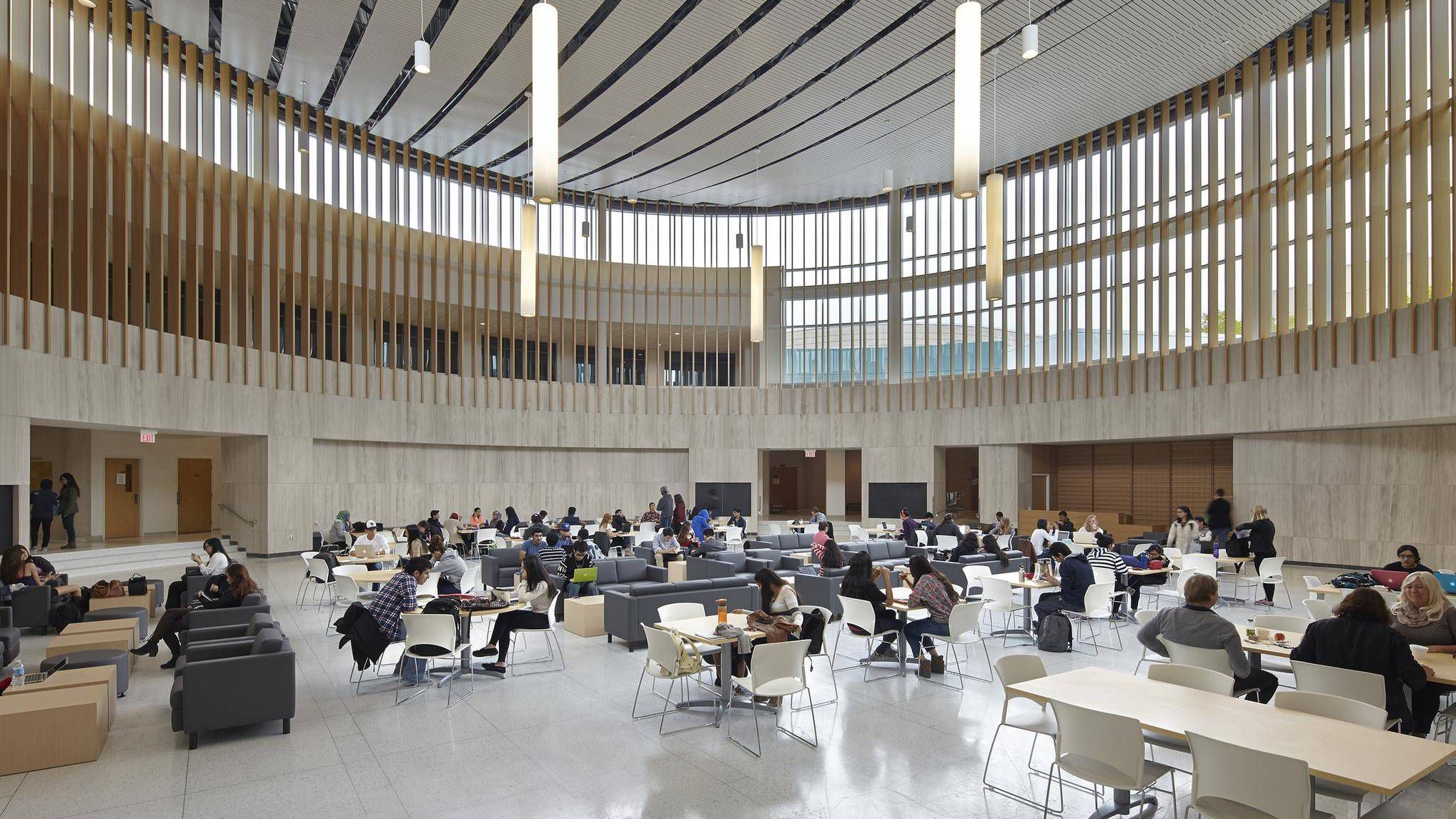 Amazon’s popular series about corrupt superheroes, The Boys, is set in New York City but filmed primarily in Toronto. You can spot one of the series’ main characters, Homelander, at the University of Toronto’s Mississauga campus.

The Last of Us – Mount Royal University 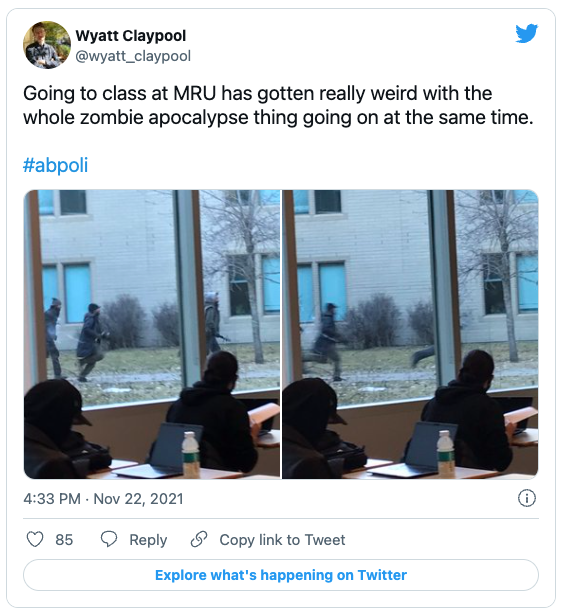 A new HBO television series is being filmed in Calgary, Alberta, including at Mount Royal University. The series, called The Last of Us, is an adaptation of a popular, post-apocalyptic video game and is expected to be released starting in late 2022. It is also the largest TV production in Canadian history.

← Previous
Earth Day: Universities invest in our planet
Next →
Cool university courses that’ll make you wish you were a student again