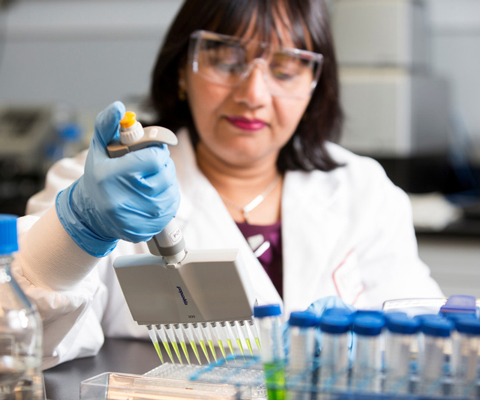 OTTAWA – Excellence in Canadian university research is getting a major boost with the awarding of $350 million to university research projects in the first round of funding from the new Canada First Research Excellence Fund. The initial announcement of $114 million in funding for the University of Toronto’s “Medicine by Design” project in regenerative medicine was made today by Ed Holder, Minister of State (Science and Technology). Additional announcements are expected shortly.

CFREF was the largest budget commitment made in the federal government’s Economic Action Plan 2014.

The fund will inject $1.5 billion over seven years into internationally significant research initiatives that advance Canada as a global leader in research excellence and innovation. From about 40 proposals submitted in this first round, funded projects were selected in an open, competitive and peer-reviewed process.

The applications for this initial funding demonstrate the readiness of Canada’s universities to undertake large-scale research partnerships of global excellence and relevance. A second competition for up to $950 million in funding was launched today, providing increased opportunity for world-leading research teams to design projects that will fuel discovery and innovation.

“CFREF is a new initiative to advance Canadian research capacity and leadership in areas of global significance,” says Paul Davidson, president of Universities Canada. “Canada’s researchers are amongst the world’s best. CFREF will ensure Canadian leadership in groundbreaking work to the benefit of Canadians and the world.  We look forward to the next round of the competition which will offer even more opportunity to engage Canada’s next generation of top researchers in world-leading research programs and networks.”

← Previous
Back to school 2015: Over one million undergrads returning to campus
Next →
New Principles on Indigenous Education