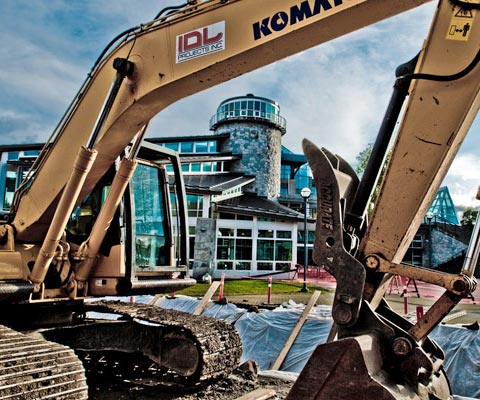 OTTAWA – University students, researchers and innovators across Canada will benefit from the federal government’s $2 billion investment in postsecondary infrastructure projects, the first of which was announced today at the University of Toronto. Supporting projects from new labs to expanded research facilities and sustainability initiatives, the Post-Secondary Institutions Strategic Investment Fund will provide new learning and discovery opportunities to students and researchers across Canada.

Navdeep Bains, Minister of Innovation, Science and Economic Development, and Kirsty Duncan, Minister of Science, were joined by provincial partners in announcing $98 million for a lab renewal project at the University of Toronto. Additional project announcements are expected in the coming weeks.

“The federal government recognizes universities’ ability to deliver long-term prosperity through investments in people and ideas,” says Paul Davidson, president of Universities Canada. “I see this program as an investment in the fundamentals of Canada becoming an innovation nation. The breadth and scope of project proposals put forth by universities across the country show the capacity and vision of our universities as the heart of innovation in Canada.”