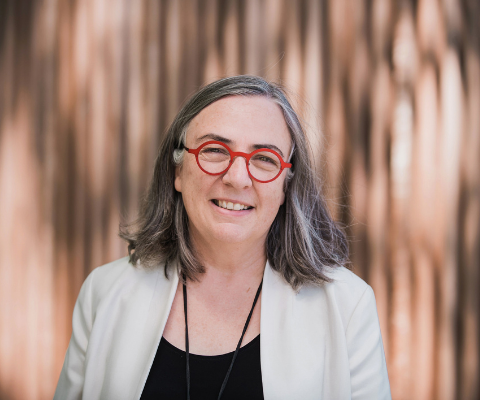 Gillian Siddall, president and vice-chancellor of Emily Carr University of Art + Design, reflects on her experiences as a female leader and gives advice for future generations of women.

What are the benefits to having women in leadership?

It is essential to have a diversity of perspectives in leadership roles, and that includes having women occupying those roles, ideally, in at least 50% of those roles. Young women need to see women in leadership roles so that they see possible pathways to leadership for themselves.  Women leaders have a critical role to play in bringing forward strategies for addressing inequities experienced by women both locally and around the world.

What do you think is the most significant barrier to female leadership?

Much has been published on the issue of gender under-representation in Canadian universities. In spite of the fact that more women than men are now graduating from university undergraduate programs, and now occupy about half of the professoriate, women are still underrepresented as full professors, although that number is also increasing. It would seem, then, that although the pipeline is improving in terms of qualified female academics to take on leadership roles, there are barriers to women reaching the level of president in particular.  More needs to be done by search firms supporting presidential searches so that they truly invite and support female, queer and BIPOC candidates. Similarly, university boards need to be much more intentional about recruiting and retaining female, queer and BIPOC candidates.

How do you balance career, personal life and interests? Is balance possible?

Making time for your personal life is challenging but essential. It is so important to make time for family and friends, and to engage in activities that take your mind out of the workplace—try to include some exercise in your day, as well as things that make you happy, such as making music, cooking or reading.  If you have moved to a new location to take up your leadership role, find activities that allow you to meet people and make new friends outside of the university.

What advice would you give to the next generation of female leaders?

To the next generation of female leaders—you will do amazing work. Know that there is still a culture that normalizes differential treatment of women, and allow yourself to see the inequities even as you push against them and try to make cultural change.  Pay close attention to the composition of your own team, and hire into those roles so that you increase the number of women, BIPOC, queer and people with disabilities. Doing that can have a huge influence on changing your institution’s culture and dismantling longstanding systemic barriers.