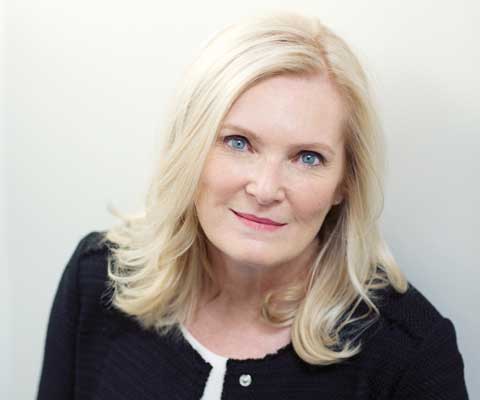 President and vice-chancellor of York University, Rhonda Lenton, reflects on her experiences as a female leader and gives advice for future generations of women.

What are the benefits to having women in leadership?

Aside from the obvious advantage of enhancing diversity in leadership, there is compelling research to demonstrate that women outperform men on most key traits that make leaders most effective including humility, self-awareness, self-control, moral sensitivity, social skills, emotional intelligence, and kindness. In addition, on average, women are more likely to lead democratically, show transformational leadership, be a role model, listen to others, and develop the potential of their subordinates. The impact of these findings is evident in Gallup data showing that in 1953, 66% of Americans preferred working for a male boss, while today 77% of Americans prefer working for a female boss.

The COVID-19 pandemic has served to underscore the benefits of having women in leadership as countries led by women are viewed as objectively managing the COVID crisis better than their male counterparts. And yet, while there is a steadily increasing number of women in leadership positions in both the public and private sectors, in Canada, less than 20% of senior-level positions are held by women, according to Statistics Canada. This is a missed opportunity.

According to McKinsey, the world’s GDP would be $12 trillion higher today if we advanced gender equality, and according to the World Bank, gender inequality is costing approximately $23,620 per person in lost earnings, and $160 trillion in human capital loss.

At York University, I am proud to say that approximately half of our deans and four of five of our vice-presidents are women, and I am immensely impressed by the transformative leadership all of the female leaders across the University have demonstrated, particularly during this unprecedented global health crisis.

For example, Samina Sami, our Executive Director of Community Safety, has headed York’s Emergency Operations Centre and worked tirelessly to support COVID-19 response planning — developing and implementing comprehensive plans that have kept our 60,000+ community members safe. And Parissa Safai, our Special Advisor to the President for Academic Continuity Planning and COVID-19 Response, has led a dedicated team of staff members who have managed the University’s response to COVID over the past two years.

If we want to create a more resilient, equitable, and sustainable world, it is clear that we need to ensure that we have an appropriate representation of female leaders across all of our organizations and institutions.

What do you think is the most significant barrier to female leadership?

We are all aware of the benefits of having greater representation of female CEOs, executives, university presidents, and political leaders in paving the way toward gender equality.

However, women still do a disproportionate amount of childcare and housework. Moreover, given that men, on average, earn more than women, it is more often the case that women will stay at home for periods of time in the absence of high quality, affordable childcare. The pandemic has shone a light on the inequality that exists between women and men especially with the transition of K-12 to remote learning, and couples working from home. We have all witnessed the disproportionate impact on women — especially racialized, low-income, and Indigenous women — emphasizing the importance of understanding how various inequities can intersect to exacerbate the burden of childcare and household duties as well as unemployment, underemployment, and related risks such as gender-based violence.

Fundamentally, I believe that these structural inequities combine to create barriers for women in assuming leadership roles. I know from personal experience that the combination of having a partner who was actively engaged in childcare, being in a country where I had access to a year of parental leave and having access to third party childcare made it easier for me to pursue academic administration.

How important is it to have a mentor to grow as a leader?

Many organizations are reaffirming their commitment to diversifying the leadership pipeline, and I believe strongly that having a skilled mentor is important for personal and professional growth, not only to facilitate early progression but throughout one’s entire career. They offer perspective and career advice.

Sponsors however can be more helpful than mentors by actively helping women advance their careers. They have social capital and credibility within the organization to advocate on others’ behalf. In fact, women with sponsors are 27% more likely than their unsponsored female peers to ask for a raise and 22% more likely to ask for the “stretch assignments” that build one’s reputation as a leader.

According to a 2011 Harvard Business Review report, sponsors not only advise their charges, but they also promote, protect, prepare, and push them. The same research revealed that both men and women undervalue or fail to nurture a network of professional sponsors, but women are 54% less likely than men to have a sponsor.

Recognizing that workforce demographics are evolving slowly but surely, we — as female leaders — must actively engage in identifying barriers, self-advocating, developing a diverse network of sponsors, and perhaps most importantly, acting as sponsors for others. I was fortunate enough to have several sponsors throughout my career — in particular a Dean with whom I interacted while I was the Undergraduate Chair in my Department. It is relevant to note that I took a step myself by agreeing to take on the role of Undergraduate Chair, but that Dean also recognized some ability on my part and advocated for me in taking on a role as an Associate Dean.

What advice would you give to the next generation of female leaders?

I think it is important to remember to give back. This concept of giving back attracted me to York University with its strong commitment to access. Our most recent 2020-2025 Academic Plan: Building a Better Future calls on the entire community to take meaningful action towards advancing the UN Sustainable Development Goals — including SDG 5: Gender Equality — to create more equitable access to education that ensures no talent is left behind, and advances equity in research.

Being honest about our own challenges and committed to making it easier for the generations yet to come is the best advice I can offer. That, and call out bad behaviour. Unfortunately, there are still noticeable differences in the level of disrespect — exhibited by some — towards female leaders compared to their male counterparts. For a long while, I chose to ignore that behaviour, but that only facilitates more of the same.