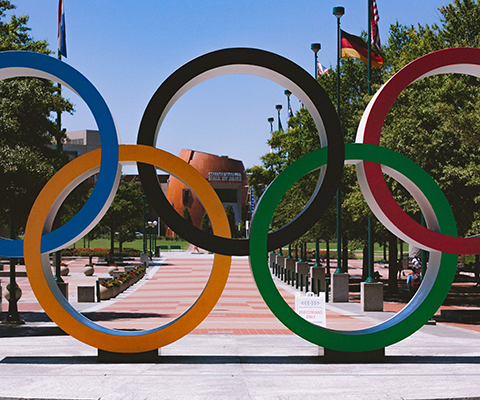 Many athletes representing Canada in this year’s winter Olympics have ambitions for a career beyond their sport and are pursuing a university degree to get there. Here are a few to watch.

Jules Burnotte has competed in many world cups and is representing Canada at the Olympic biathlon in 2022—a sport that combines cross-country skiing and shooting. He is also studying Child Philosophy at Université Laval, after having attended Université Sherbrooke for a B.A. in Health and Physical Education. He hopes to become a teacher in the future.

First intrigued by luge at age nine after watching it during the Vancouver 2010 Olympics, Makena Hodgson then attended a public luge session and cried on her first run. Though she almost quit, she quickly fell in love with the sport and is now representing Canada in Beijing. Outside of luge, she is pursuing a medical career as pediatric physician in oncology or neonatology. To accommodate her training schedule, she is currently pursuing a Bachelor of Science from the online institution, Athabasca University.

Although Cendrine Browne was a latecomer to competitive cross-country skiing, by her second year she was a national champion in her age group. Inspired by her mother—who had competed on Canada’s junior national team—she fulfilled her dream of competing in several world championships. She made her Olympic debut competing in five events in PyeongChang 2018 and will be back again in Beijing 2022. Browne holds a Business Management certificate from HEC Montréal, and is currently pursuing a Bachelor’s degree in Sports Management and a certificate in Communications from Université Laval.

Madeline Schizas began her figure skating career very early on, learning at age three and competing for the first time at age six. She was selected as one of Canada’s two entries for the 2021 World Championships and is now competing in the Olympics. Outside of skating, Schizas studies urban planning at the University of Waterloo. She is also a piano teacher and starred as a stunt double in the Netflix film Spinning Out.

Originally from Whitehorse, Yukon, Dahria Beatty began cross-country skiing at age three. She competed in many world championships and made her Olympic debut in PyeongChang 2018, where she raced in five events. Outside of the sport, she enjoys baking, painting and mountain biking, and is pursuing a degree in Business Management and Marketing from Athabasca University.

After representing Canada numerous times at world championships Adam Runnals will take things to the next level this winter. The 23-year-old Calgary native will be making his Olympic debut at the 2022 Beijing Olympics. When not training, Runnalls also studies Kinesiology at the University of Calgary.

Audrey McManiman began snowboarding at age nine and competed in numerous FIS World Cup and World Championship events. After overcoming a concussion  from a violent crash in 2016, she rejoined the world cup circuit and is now headed to the Olympics in the snowboard cross category. McManiman is also pursuing a career in athletic therapy and is studying Kinesiology at Université Laval.

Laura Leclair grew up skiing from a young age in Gatineau Park, Québec, and was highly motivated by the post-ski reward of hot chocolate. She attended her first world cup at 14 years old in Quebec City, and at age 25, is now representing Canada at the Olympics. In addition to her interests in reading, cooking and gardening, Leclair is pursuing a Bachelor’s degree in accounting from the Université Laval.