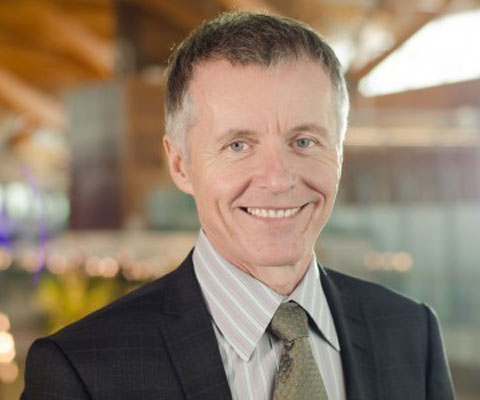 By Alan Wildeman, president and vice-chancellor of the University of Windsor

Who would have thought it would come to this. Academics around the world are having to explain why there is value in studying history, English, philosophy, psychology, creative arts and the other subjects that collectively make up what we loosely refer to as the liberal arts, or the humanities and social sciences.  It is the equivalent of masons having to justify mortar and plumbers having to justify pipes.

Yes, we all agree that the liberal arts are in the proverbial crosshairs. The exhilaration of the Age of Enlightenment of the 17th and 18th centuries has been replaced by the nervousness of what appears to be an Age of Justification in the 21st century.

Modern society’s love of innovative gadgets and apps, pronouncements that youth can now be rigorously self-taught on the internet and possibly become high-profile entrepreneurs to boot, and social media outpourings that give falsehoods as much airplay as truths, have created a modern cocktail of rhetoric for critics who are convinced that a liberal arts degree is a worthless investment.

The Age of Enlightenment, sometimes referred to as the Age of Reason, was about the growth of literacy, and the expanding awareness of diversity and knowledge in cultural, literary and scientific thought. The Age of Justification, on the other hand, appears to have as its worrisome centrepiece the belief that the value of something exists only when viewed through a prescribed lens at the current moment. We all agree that there should be good rationales for public expenditures.  But there are problems if, in trying to justify something, we fail to take into account all of the relevant information.

First, while it is disappointing for the sceptics to hear, a liberal arts degree is a great economic investment. This year the Education Policy Research Initiative at the University of Ottawa published an analysis of the annual earnings over 13 years of students who graduated in 1998. The data showed that earnings of social sciences graduates doubled over 13 years to $80,000, which was the same average earning of math and science grads.

The data showed that a far more worrisome difference was based on gender, with men out-earning women by 15-20% across all disciplines. In fact, over the 13 year period the average annual earnings of a man with a humanities degree reached just over $80K/yr, compared to only $75K/yr on average for a woman with an engineering or computer science degree. Such striking gender-based differences deserve much more research, the kind of important research that our country’s social scientists and humanists are increasingly engaged in.

Provincial university systems also track graduate performance. Within Ontario today, two years after graduation employment rates for all university graduates average 94%, and average 92% for those specifically in the humanities. These employment numbers do not include the many graduates who choose to pursue further education. Ontario university graduates earn on average $1.1M more over their lifetimes than other postsecondary graduates, and $1.5M more than high school graduates. University does make financial sense.

At my own institution, the University of Windsor, our Cross-Border Institute is looking at the technological, legal, and public policy issues involved in moving people and goods from one country to another. Our research and education programs to prevent sexual violence against women are getting at one of the biggest realities any society must confront. Both of these undertakings address matters critical to the future of our country, and rely heavily upon insights from the social sciences and humanities.

Third, the perceived crisis in the value of liberal arts must be viewed through the lens of globalization. It is a fact that enterprises ranging from manufacturing to service sector jobs continually migrate to lower cost countries. This reduces the prices of goods and services, and expands markets, but it also puts people out of work.

The suggestion that the best anodyne for this reality is STEM programs (science, technology, engineering, math) and more graduates in the skilled trades misses the reality that liberal arts have as their foundation the encouragement of communication, writing, and out-of-the-box thinking. When you now travel to universities across Asia what you find is that liberal arts programs are taking off.

For example, the National University of Singapore and Yale University have partnered to open a liberal arts campus in Singapore. Across China, Japan, South Korea and other countries, new partnerships that focus on liberal arts are emerging. Increasingly around the world, the liberal arts are not being looked to as passé, but rather as essential. There is no question that our world depends upon and needs STEM expertise, but what it really needs is STEAM, with the arts included. It is similar to our bodies needing not only arteries and veins, but in addition the capillary beds that nourish each and every cell.

We undervalue the liberal arts at our peril. In his 1902 book Human Nature and the Social Order, the sociologist Charles Cooley proposed the concept of the looking glass self. This concept states that humans acquire their own sense of self through their social interactions and by what others think of them. Cooley would likely be intrigued, and feel that his concept has been resoundingly verified, by the addiction of peering into cell phone screens. Humans are indeed social creatures.

A degree in the liberal arts, with its focus on the broad spectrum of human endeavour, has never been needed more. It is justified based upon data and fact. It is one of society’s best investments in helping to ensure that our self-reflections are broad, and that in this Age of Justification, we do not forget the importance of enlightenment and reason.