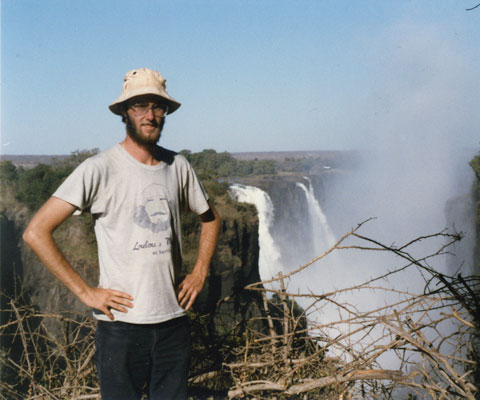 By Paul Davidson, president and CEO of Universities Canada

Now that students are settled back on campus for another academic year, they should also start thinking about packing their bags. In addition to planning for essays, exams and research projects, Canada needs its university students to make international study part of their education plan.

It may sound like a no-brainer. We live in a global economy. Today’s employers favour hiring students with global experience and awareness. More than 80% of employers that hire recruits with international and intercultural experiences say these employees enhance their company’s competitiveness. We could be forgiven for thinking that today most students take part in international education opportunities. But in fact only 3.1 per cent of Canadian undergraduates go abroad to study each year. As Belinda Robinson, CEO of Universities Australia, wrote in this space recently, we have more to do.

While much has changed over the years to make global study easier and more accessible, a number of barriers still stand in the way. In particular, we can do more to remove financial barriers and foster a culture of mobility among Canada’s youth.

I have a personal passion about this. In 1983, I chose Trent University because it offered a “third year abroad” program as part of its new International Program saying it would recognize the credits of any university in the world. I chose Zimbabwe as a newly independent country on the border of apartheid South Africa. In order to attend I compressed my second year, and travelled over Easter weekend to start the new term in Harare.  There was no pre-departure orientation, welcoming program or debriefing sessions, but these kinds of institutional supports are routine now. There were four other white students, and the rest of my colleagues were first generation Zimbabweans who had fought a liberation struggle for the opportunity to attend class.  I stayed in residence, ate sadza, and heard students’ stories about sitting compulsory exams held between the lines of the freedom fighters and the Rhodesian Defence Force.

My floor-mate was an active member of the African National Congress in exile, during a time when the Republic of South Africa routinely raided into neighbouring countries. Between terms I traveled to rural areas, meeting my classmates’ families and learning still more. I can’t say I use the course materials from that time very often, but my year there proved an invaluable experience that opened my eyes to the different ways people see the challenges facing their community, country and the world. I still draw on the insights gained during those study abroad experiences in my work and personal life.

And yet 30 years later, international experience for Canadian students is the exception not the norm. Despite Canada being a globally-minded nation with an economy that thrives on trade, the percentage of Canadians studying abroad has not changed in decades. Moreover, most Canadians who do study abroad go to our traditional partners like the United Kingdom and France.

Everyone seems to know that international study is important – universities, parents, government, business – so why are participation rates stubbornly low? It’s not for lack of opportunity.  Ninety seven per cent of Canada’s universities offer international study options. But 70 per cent of students see cost as a barrier to study abroad experiences, and say they would be more likely to study abroad if it were more affordable.  Universities have many worthwhile initiatives to help students overcome financial barriers, and there is more to do to take such programs to scale.

We also have cultural barriers to overcome, as demonstrated in a recent HSBC global survey of parents. “Studying abroad helps students to develop the skills and mindset needed to collaborate and compete on a global stage,” said Betty Miao, Executive Vice President and Head of Retail Banking and Wealth Management, HSBC Bank Canada. “However, parents in Canada are amongst the least likely to say they’d consider sending their child abroad for post-secondary, with more than half of those surveyed saying that financial concerns were the biggest hurdle, followed by concerns about homesickness.”

Nurturing a culture of mobility won’t be easy. Our best asset in that challenge is students themselves. Those who return from global study experiences are changed. They use words like “eye-opening,” “life-changing” and “transformative” to describe their experiences. They feel better prepared for the workforce and for leadership. And they’re keen to share their stories with others and encourage fellow students to embrace their own international study opportunity. We need to amplify their voices and make study abroad a widely-held aspiration.

Universities Canada is trying to do just that. We are about to launch a video series at UniversityWorks.ca that features students sharing the impact of international study on their personal and professional lives.  UniversityWorks.ca presents students’ testimonials about their time studying and researching abroad, as well statistics related to international mobility.  Our hope is that these videos raise awareness about the powerful impact that study abroad can have on students’ lives.

We also need to share stories of global study programs that work – and expand these programs so more young Canadians can benefit. One of the most promising new initiatives is the Canadian Queen Elizabeth II Diamond Jubilee Scholarships. Spearheaded by the Rideau Hall Foundation, it has spurred federal, provincial, university and private support to enable 2,000 students to study abroad. Eighty percent of the participants will be Canadians travelling to a Commonwealth country, and 20% will be Commonwealth students studying in Canada.  Future phases will extend beyond the Commonwealth and engage early career researchers. At present, 36 universities are participating in the program, which is competitive and draws on international best practices.

Canada has a moment now – economically, politically, and in the world of global affairs to dramatically increase the number of young Canadians who gain international experience. In June, I attended a town hall meeting with Prime Minister Trudeau, Mexican president Enrique Peña Nieto, and young leaders from both countries, including many Mexican students currently studying abroad in Canada. These students shared stories about the impact of their international experiences on their lives – and Mr. Trudeau and Mr. Nieto spoke powerfully about the importance of these opportunities for bilateral relations.

We often think proudly of Canada as a destination: a welcoming home to people from all over the world, both immigrants and international students alike. But that doesn’t mean Canadian students should stay put. They have just as much to learn from leaving Canada, and their newfound global perspective will inform the way they live and work for decades to come.

Not only will they reap the benefits personally, but so will our country. Across the world, closed minds are leading to closing borders. Canada is a truly global nation that relies on open trade with our international partners, and we cannot afford to turn inward. Giving our young people the opportunities to learn and build relationships abroad is essential to our economic future.

We need to address the financial barriers that prevent Canadian students from getting these experiences. One way to do this is to invest in more funding opportunities like the Queen Elizabeth II Diamond Jubilee Scholarship program. Canada’s sesquicentennial is the ideal moment for the federal government to invest in international study – and to leave a legacy of global engagement for future generations.