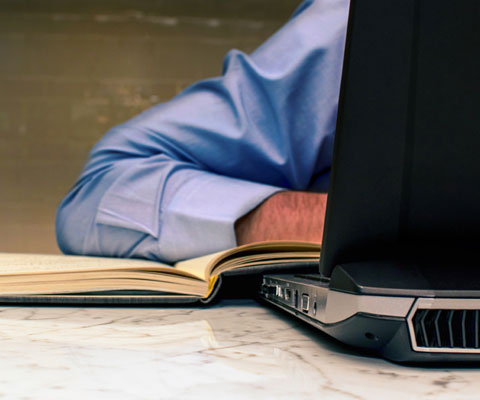 By Indira Samarasekera, president and vice-chancellor of the University of Alberta

It has been a miserable two weeks for the University of Saskatchewan, and everyone involved in its recent crisis. It has harmed the institution and all of the individuals involved. By blurring the lines between academic freedom, freedom of expression, and management responsibilities, there is great potential for more damage to be done. By sparking government intervention, university autonomy is placed at risk.

Universities are complex institutions, fulfilling many roles for society and for our economy. With revenues in some cases exceeding $1-billion, employing thousands of staff and faculty, often operating on more than one campus and increasingly internationally, they hold broad and, at times, competing mandates.

And they contain a wide array of stakeholders with strongly held and often conflicting views. They require effective leadership exercised in a manner unlike that in any other institution in society.

Many people have rushed to judgement at the University of Saskatchewan. Unfortunately some appear to be crowing about a victory over administration – but such victories may prove pyrrhic.

As a university president who holds firm to the foundational principles underpinning Canadian universities, I challenge us to think twice.

Academic freedom and institutional autonomy are essential to the modern university. With those attributes in place, faculty members can pursue their research, teaching and scholarship in their search for new ideas, discoveries and truth. Based on critical thought, knowledge of their subject area and insightful research, they can take intellectual risks and comment on issues they know and understand deeply – even when their opinions are unpopular or run counter to current thinking.

Equipped with institutional autonomy, university leaders can chart their institution’s course according to its mission and make strategic decisions – even when those decisions are unpopular with the government of the day.

My firm belief in these two essential principles is why I have been dismayed by the events at the University of Saskatchewan. Yes, it is true: universities are also places where freedom of speech is cherished. But the broader concept of freedom of speech is not the same as academic freedom. Academic freedom must be based on rigorous enquiry and reasoned discourse. And it comes with responsibilities.

Academics must be willing to submit their ideas to the critical lens of peer review, where their views and discoveries will be debated, their data examined, and their assumptions questioned.

Freedom of speech on the other hand is based on ethical guidelines and intellectual standards: It is for these reasons that Canadians have entrenched careful limits, and why we have laws about libel, slander and hate crimes. Certainly campuses are places where free debate must reign, even heatedly, and this free speech – just like academic freedom – must be defended in the strongest terms. Before decisions are made, faculty and those in leadership positions, especially vice-presidents and deans, should debate issues and question directions – just as they have had extensive opportunity to do during the TransformUS discussions at the University of Saskatchewan. But to suggest that deans be permitted to publicly condemn the decisions of the senior leadership or board at all times after a decision has been arrived at is folly. This is no different to decision making principles in a cabinet. No organization can advance without these principles.

To be certain, the decisions facing the University of Saskatchewan are difficult ones – just as they are for universities across the country. Given growing expectations and limits on funding, universities must make choices. Universities can no longer afford to be all things to all people.

Universities are called on to provide high-quality educational programs for a new generation of globally connected citizens. We are the focus of our local communities and regions, spurring new businesses and creating jobs. We are expected to conduct outstanding research that fuels innovation in Canada, links to academic collaborators around the world, and creates world-leading discoveries, scholarship and ideas.

So we must focus on our strengths, build on excellence and invest in emerging high-risk opportunities for the benefit of our students and society. We must aim to be among the best institutions in the world.

To achieve these goals, universities may sometimes have to make decisions that are unpopular, even controversial. At times, our governments may not agree with the path we take to build excellence. But based on solid and critical thinking, sound research and wide-ranging consultations, we must make these decisions if universities are to thrive and benefit generations of Canadians. University leaders must chart these courses, with courage and conviction.

Events at the University of Saskatchewan give us all cause for reflection. Presidents, provosts, deans, faculty, staff and students, along with board members, must consider how to adapt to changing realities while preserving the enduring values of universities that have served society well for centuries.