Safe drinking water: The science and challenges of protection and distribution 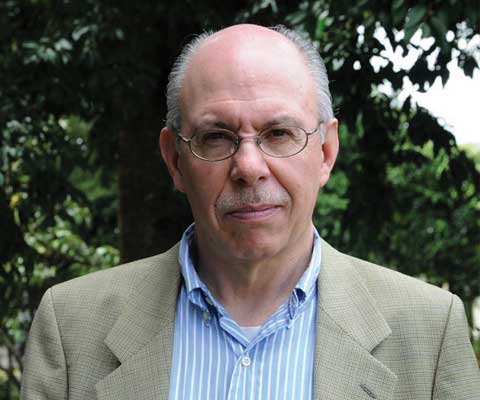 Water advisor to the Secretary General of the United Nations

Carlos Fernández-Jáuregui has a Ph.D. in engineering and hydrology, with specialization in water resources management by the Technical University of Berlin (TU-Berlin). He is currently water advisor to the Secretary General of the UN. He was previously director of the Water Assessment and Advisory Global Network (WASA-GN), a professional network on water and sanitation issues of multidisciplinary nature. He is a former director of the United Nations Office for the International Decade for Action “Water, source of life” (Zaragoza, Spain); deputy director of the World Water Assessment Programme (WWAP) of the United Nations system (Paris, France); regional hydrologist of the International Hydrological Programme (IHP) of UNESCO in Montevideo, Uruguay; and director of the Institute of Hydrology and Hydraulics (UMSA-La Paz/TU-Berlin).

He is a full professor at TU-Berlin/UMSA-La Paz and visiting professor in universities in Germany, France, USA, Italy, Latin America and the Caribbean and director of the new International Water Chair in Zaragoza, Spain.

His publications include two United Nations World Water Development Reports (WWDR-1, 2003 and WWDR-2, 2006), as well as many others in books and scientific magazines.

Carlos Fernández-Jáuregui’s Mindshare keynote address is entitled, “Challenges of water resources management in the 21st century at the global and region level.”